Why is My Pet Drinking More Than Normal? 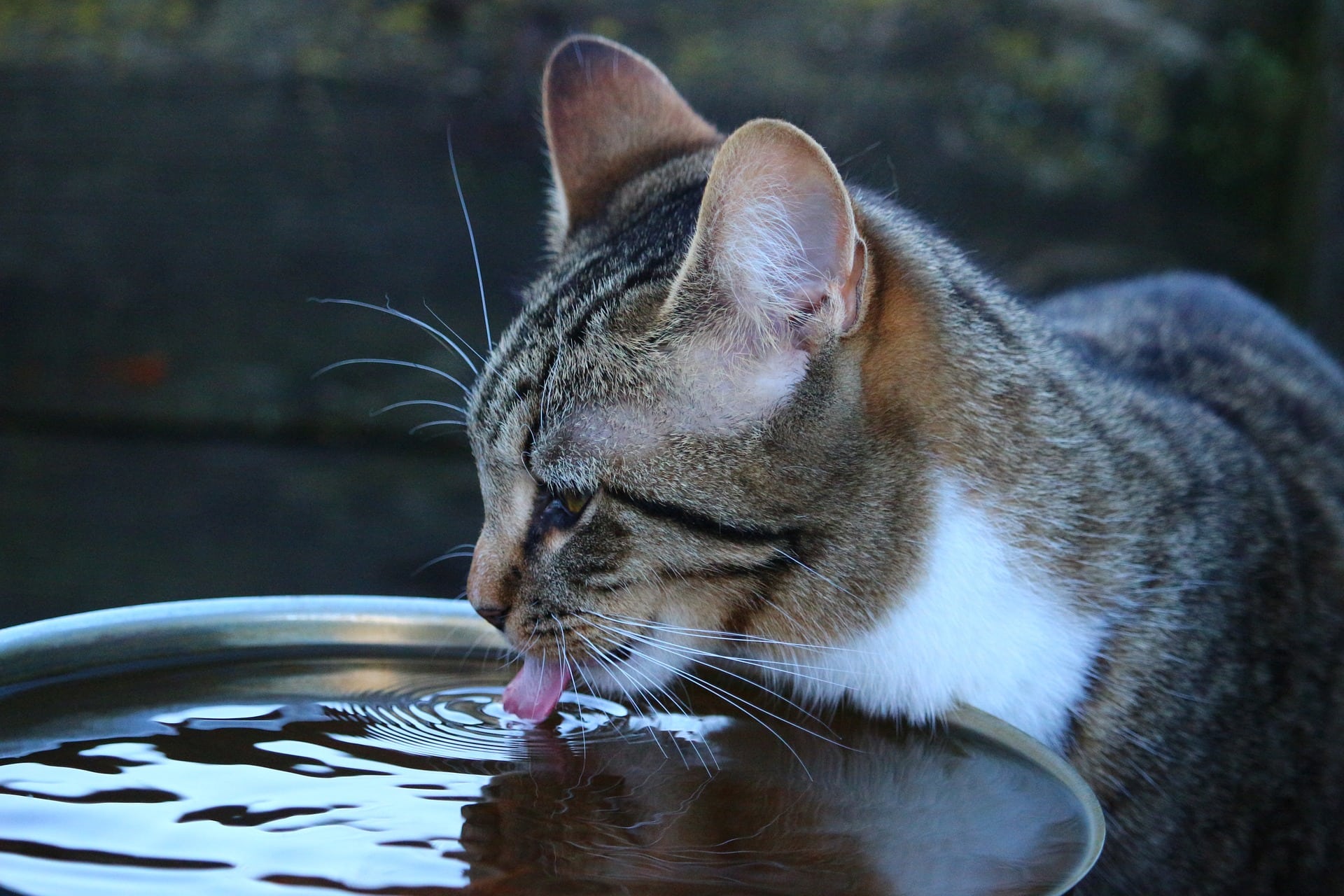 There are many reasons a dog or cat may appear to drink more than normal. Some common causes include:

In some pets however, especially older animals, increased thirst can be an early warning sign of disease. Increased thirst (polydipsia) and increased urination (polyuria) go hand in hand, and for pets who share a water source, increased frequency of urination is more noticeable.

How much should my pet be drinking?

As a rough rule of thumb, dogs shouldn’t need to drink more than 90ml/kg a day, and cats not more than 45ml/kg a day. This can be calculated by measuring the amount of water drunk over 2-3 days, and taking an average for a 24 hour period. The simplest way for your vet to screen whether a pet is truly drinking too much is to check the specific gravity of a urine sample. This simple test shows how concentrated the urine is – if an underlying illness is causing increased thirst, the urine will be more diluted than considered normal. Although some conditions cause changes identifiable on examination, blood tests are often required to pinpoint the problem.

Common causes of increased thirst/urination in dogs and cats include:

Kidney disease is seen in both dogs and cats, but it is one of the most common conditions of older cats. Chronic kidney disease is most often seen; this involves the kidneys gradually losing function over several months and an inciting cause is rarely identified. Clinical signs are often not seen until 70% of kidney function is lost. Increased thirst and urination are the earliest symptoms, and are followed by:

Despite increased thirst animals are often dehydrated as the failing kidneys are excreting excessive amounts of fluid.  Kidney disease can be diagnosed with a routine blood sample. There is no specific treatment for kidney failure however a prescription diet can greatly increase lifespan, and symptoms such as vomiting can be treated. Some animals may benefit from time on intravenous fluids to help reduce levels of waste products in the blood.

Liver disease affects both dogs and cats, and has many possible causes. Some diseases such as hepatitis (inflammation of the liver) are short-lived, but liver failure and liver tumours are not uncommon in older animals. Liver disease can cause:

Diabetes is commonly diagnosed in dogs and cats. It typically causes increased thirst and urination with increased appetite and weight loss. A sweet smell may be noticeable on the breath and, if left untreated, eventually sickness and collapse will occur. Diabetes is a failure of the body to control blood sugar (glucose) levels. Routine blood and urine tests will show a strong suspicion of diabetes, but an additional test called fructosamine is usually used to confirm diagnosis. Diabetes is not curable but is very treatable. Daily injections of insulin must be given at home which, when meals are kept constant, can effectively manage blood sugar levels. It is very important to perform regular blood tests for monitoring after diagnosis; some pets will very quickly settle into a routine whereas others need frequent dose adjustments to find what works for them.

Cushing's disease is seen commonly in dogs but very rarely cats. It is characterised by excessive production of steroids by the adrenal glands, this is caused by an abnormality in the adrenal gland itself or the pituitary gland of the brain. Dogs with Cushing’s disease often have:

Often the signs are initially mistaken for old age. A routine blood test can’t diagnose Cushing’s disease, though there are some abnormalities which point to it as a consideration. A specific blood test called an ACTH stimulation test, sometimes followed by a low dose dexamethasone suppression test, will diagnose the disease. Cushing’s disease is not curable, but is treatable with daily medication. Regular bloods tests are required to ensure the medication being given is the correct dose for your dog.

As you can see, there are many reasons your dog or cat may be drinking more than normal. Often a urine test demonstrates they are still drinking within the normal range, however if and when more serious illnesses do occur a timely diagnosis can make a huge difference in treatment. If you are concerned about your pet’s water intake please contact your local veterinary surgery.