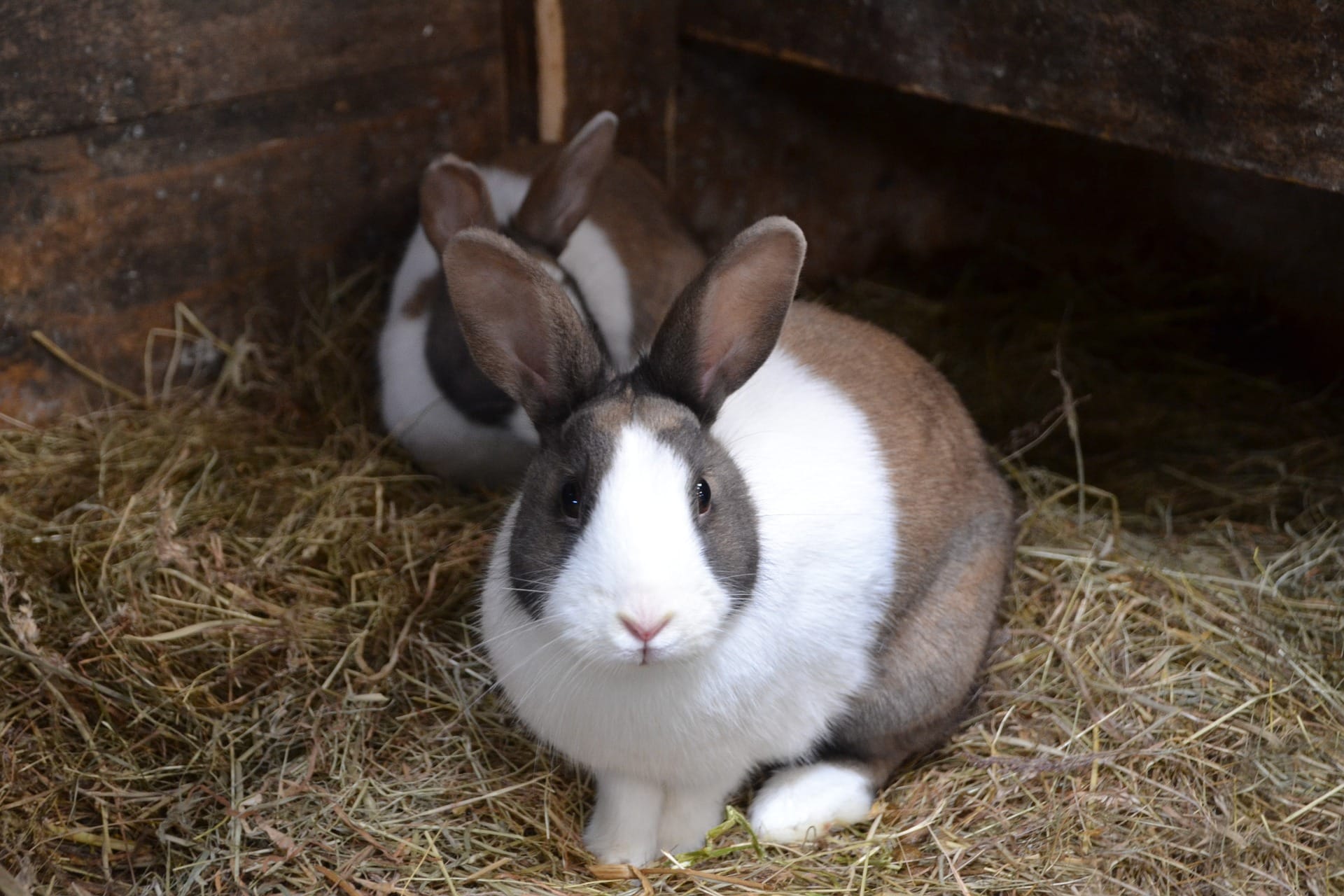 As winter arrives, we all start to think about turning our central heating on. It’s really important though, not to forget Britain’s third most popular pet who often lives outdoors and is exposed to the cold weather- pet rabbits!

Although rabbits have some adaptations that help them to survive during cold months, it’s often forgotten that in the wild they dig burrows, where the temperature is usually stable. Burrows also protect them from elements such as wind, snow and rain. The fact that it’s a lot colder often means that bunnies aren’t visited by their owners as regularly as in the summer months. Not only do they suffer from a lack of exercise as they can’t be left in runs in the winter, but this may mean they have a much reduced access to fresh green foliage.

Although rabbits cope much better in colder conditions than they do the warm, it’s vital that they’re not allowed to become wet or damp. As a species they’re often prone to pneumonia – a disease that’s tricky to treat and can lead to fatalities. Like all species, older rabbits are prone to arthritis and this condition can be made worse by cold and damp conditions. Arthritis is not only painful but can lead to serious conditions such as fly strike and sore hocks due to them being reluctant to groom.

Handy tips on keeping your rabbit safe over winter

The RSPCA recommend a temperature of 10 -20 degrees Celsius to be ideal for domesticated rabbits. Rabbits live well as house pets and can be trained to use a litter tray. However, if they’re left outside there are several important points to help make them healthy and comfortable throughout winter:

Rabbits usually enjoy the company of another individual, and during the winter months it may be very important for them, especially if their interaction with their owners is to be reduced. Some rabbits much prefer interacting with people, and so it’s vital that they’re not forgotten about during the colder months – even if it’s not pleasant going outside!

If you do decide to bring your rabbit indoors for the winter months, it’s important to “bunny proof” the area where they will live. Rabbits enjoy chewing on wires and so these should be made inaccessible to them. Ensure that their living area is warm, though not directly near radiators to avoid heat stroke. They should be provided with darkened sleeping areas and also hiding boxes for when they feel frightened. If a number of rabbits are being housed together, the same number of hiding boxes will be needed as the number of rabbits. If the bunnies are used to being outdoors, it’s wise to help them acclimatise to artificial light by leaving the lights on for longer in the evening gradually, rather than just leaving the lights on until you go to bed.

It’s important to remember that rabbits DO NOT hibernate. Often signs of serious illness are accidentally overlooked during the winter time, as owners think that their rabbits are hibernating. Lethargy, loss of appetite and weight loss are all very worrying signs, and your rabbit should be taken to the vet straight away if they have any of these symptoms.

As always, chat to your vet about making sure your rabbit’s vaccination and worming regimes are up to date during the winter months. Your vet will also be able to chat to you about the above advice and help you make sure your rabbit has a wonderful wintertime!