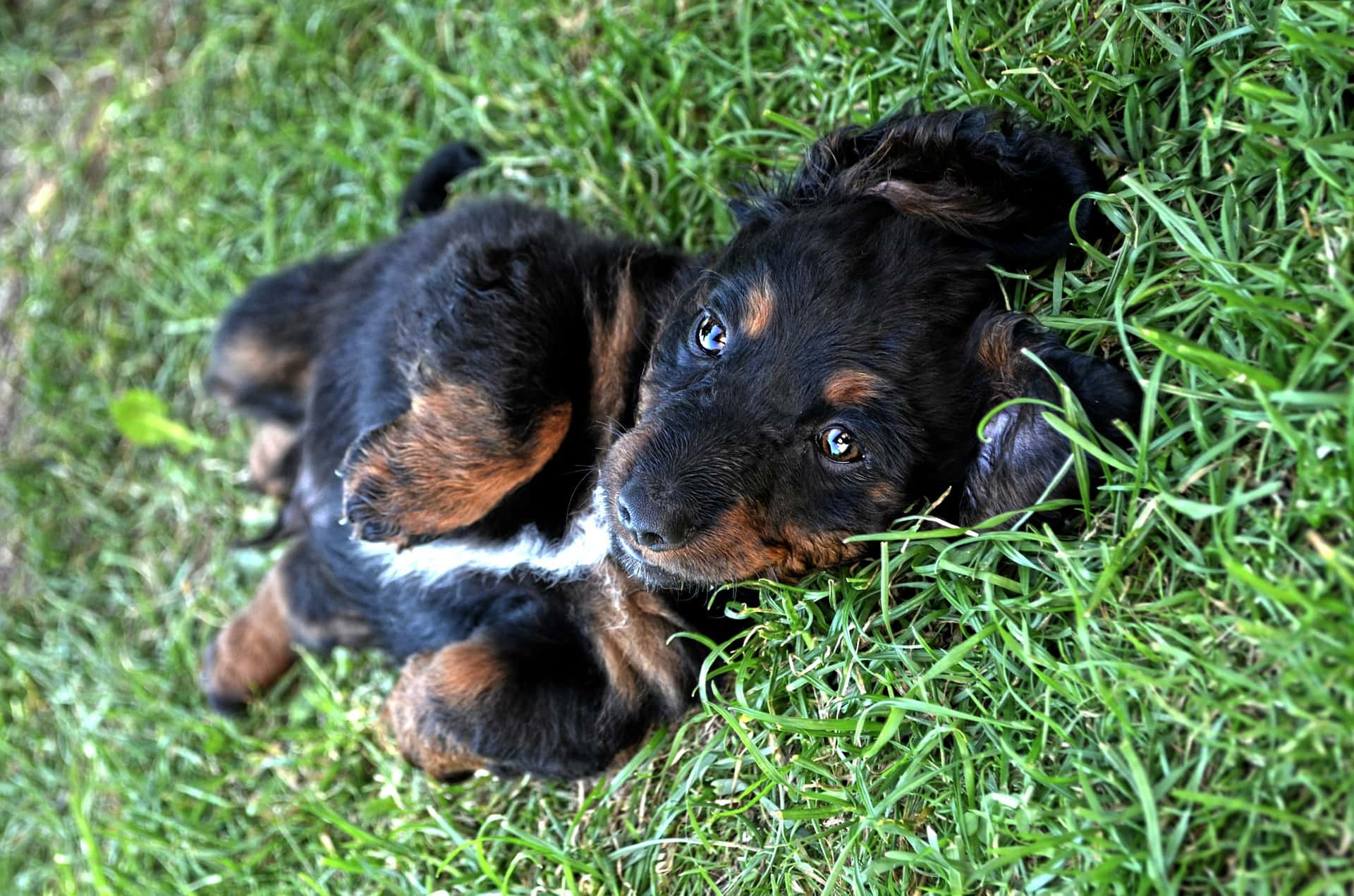 Toxocara canis is a roundworm which primarily affects dogs. Although it doesn’t commonly cause disease in adult dogs, symptoms can be severe in young puppies. More importantly, Toxocara Canis can infest humans as an intermediate host, causing several different syndromes.

How is Toxocara Canis spread?

Dogs are infected with Toxocara by:

When eggs are ingested they hatch into larvae. Larvae travel through tissues such as lung, liver and muscle. In adult dogs larvae often become encysted in tissue and remain dormant. In dogs less than a year old larvae more commonly enter the lungs, where they are coughed up and swallowed. Once back in the intestinal tract these mature larvae become adult worms, which in turn produce more eggs.

Encysted larvae can also be found in intermediate hosts such as rabbits and mice. If a dog ingests these already encysted larvae, they can mature into adult worms in the dog’s intestine, regardless of the age of the dog.

If a dog with encysted larvae were to become pregnant, Toxocara larve can travel across the placenta to the lungs of the unborn puppies. This in utero transmission doesn’t cause problems until the puppies are born, at which point larvae are coughed up, swallowed, and become adult worms. Likewise, Toxocara larvae can be found in mammary tissue, and can be transmitted to puppies during lactation. For this reason, many puppies will have an active roundworm infection in the first few weeks of life.

What are the symptoms of Toxocara infection?

Low numbers of Toxocara Canis often don’t cause visible illness in adult dogs. The worms can irritate the intestinal wall, and utilise some of the dog’s nutrients. Puppies infected with Toxocara may be underweight or small for their age, with a pot belly and thin hair coat. Heavy infestations can cause anaemia. Both puppies and adult dogs with severe worm burdens may have:

Toxocara infection can be confirmed by examining a faecal sample for eggs, however it’s often more time and cost effective to simply de-worm the dog.

What does Toxocara Canis cause in people?

Toxocara infects humans by ingestion of tiny amounts of animal faeces. It’s most common in small children, who may play in contaminated soil then put their hands in their mouths. Toxocara infection is one reason that hand-washing is so important before eating, and why children’s sand pits should be kept covered to prevent animals using them to go to the toilet. Toxocara eggs are not infectious until 10-21 days after the animal passes them, so fresh faeces are not a major concern.

If Toxocara eggs are ingested, they travel to the bowel where they hatch into larvae. Most cases of human infection show no symptoms; the larvae can’t develop further inside a person as we’re not the host species, so eventually the larvae die off. Occasionally symptoms such as a cough, fever, and stomach pain are seen. In this case a blood test can confirm Toxocara infection but treatment is rarely needed.

Very rarely the larvae travel out of the guts into the lungs, liver, brain or eyes. This is much more serious. Symptoms can include:

Infection is easily treated with anthelmintics to kill the larvae. The likelihood is very good for a full recovery; uncommonly permanent changes to vision can occur if the eyes were affected. It’s important to stress how rare clinical toxocariasis is in people, however if you’re concerned your child may display symptoms, a prompt visit to your GP is important.

How can I prevent Toxocara Canis infection?

Toxocara can be easily prevented or treated with prescription wormers. These are available as liquid, tablet or spot-on formulations, and can be prescribed by your vet. Adult dogs should be wormed every 3-6 months. Females should be wormed during pregnancy; usually in the third trimester. Puppies should be wormed at 2, 5 and 7-8 weeks of age then monthly until they reach 6 months old.

If in doubt as to your pets worming status, please contact your vet. They’ll be able to prescribe the most appropriate products and dosing schedule for you and your dog.